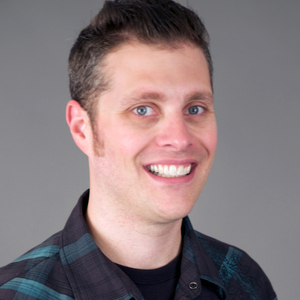 Rocco took his first Summer Semester in 2004 at the Upright Citizens Brigade Theater and instantly knew that performing improv was essential to life. In 2009, he moved to NYC and jumped right in, being taught by Ben Rodgers, Brandon Gardner, Gavin Speiller, Kevin Hines, Doug Moe, Betsy Stover, Lydia Hensler, Brian Faas, Erik Tanouye, and Don Fanelli. Rocco has also enjoyed classes with Rebecca Drysdale and was a part of her Shows 'N Notes class, The BARBARA, whom had an 8 week run at the Producer's Club Theater.

Rocco would be ideal to coach your Level 101 or 201 practice groups. He'd like to help you on your basic scene work and exploration of the Harold, but if you'd like to try new forms and styles, that is great too.

Rocco currently performs with the popular Indie Team KELLY CASH, as well as Triple Crown favorites, UNCLE FINGERS. Be sure to check out THUNDERBOLT Comedy at the Experiment Comedy Gallery to see LEVIATHAN live your past and tell your future.

He was also a part of the Advanced Study Performance classes "THE GENRE" in 2013, and Fast Harolds in 2014.

Availability changes weekly but generally is free most weeknights and a good amount of weekdays.