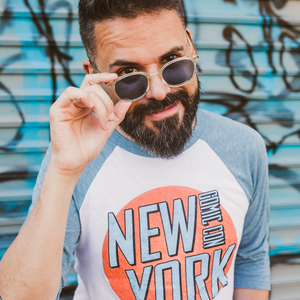 Hey! I’m Nick, and you might know me from the Off-Broadway show “Puffs," or from teaching Levels 0-5 at The PIT. I’ve been performing improv and theater all over New York City for over 12 years, and I have studied both at UCB and The PIT. I have experience teaching/coaching both long and short-form improv, and I have lead various improv workshops for private parties, corporations, schools, and foundations.

I have been featured on NBC, VH1, Comedy Central, and truTV, and have also been in multiple commercials for companies such as NAPA, GEICO, and LEXUS.

With improv, I like focusing on relationships and game, but most importantly on having fun! I love helping teams create their own form, as well as tweak or figure out old ones. If strong scene work, and playing with forms are your thing, hit me up!