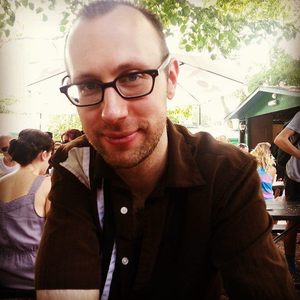 Starting out in improv in 1999, Michael Short writes bios in the third person. He's trained with the UCB, Magnet, Second City, and Annoyance in Brooklyn. Which is to say: he pulls from a lot of sources, and believes in using what you need in any one moment.

Michael is experienced with everything from monoscenes, puppet improv, short form, long form, Shakespeare improv, and musical improv. He likes to get performers excited about improv, and feel empowered to make and commit to their own choices. He's all about figuring out how to make seemingly disparate ideas work together.

From October 2014-March 2015, Michael joined the cast of the Second City BoatCo on the Norwegian Dawn. He's been coaching since around 2008, and has been teaching independently since 2014. Michael has a degree in Fine Arts and wonders when he will get around to using it.