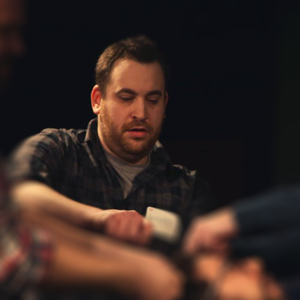 Hi, I'd like to coach your improv or sketch group. I have been training at the UCBT since 2011 under the tutelage of Kevin and Will, Anthony Atamanuik, Gavin Speiller, Christian Capozzoli, and Chelsea Clarke. Sketching since 2005, taught by Brandon Bassham (2012), and Michael Delaney (2014 & 2015).

I have written, directed and performed in digital groups such as Crafts & Arts Comedy, and Otter Boys. As well as in several partially scripted shows like "The Jared Weil Spin-Off" and "ISIS Will Die". My work can be seen on Funny or Die, Ch2, Splitsider, and Comedy Central's Tosh.0, and you can see me in jams and mash-up teams around New York City.

In addition, I also co-host a seasonal video show called Red Hot Video Fun Time at the Bat Haus, where we premiere never before seen videos from digital sketch groups.