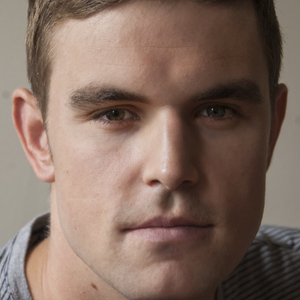 Most likely the only person on this site that has a to-scale headshot of his real head!

I've been in UCB's Advanced Study for over a year, and take improv classes at the Magnet Theater, and have been performing improv in New York and Boston since 2012. I've been lucky enough to have been taught/coached by amazing people including: Gavin Speiller (Death By Roo Roo), Achilles Stamatelaky (Broad City), Zach Willis (Women and Men), Jackie Jennings (GOAT), Sebastian Conelli (Law Firm), Louis Kornfeld (The Truth Podcast), and Hannah Chase (The Cast).

Currently, I host and perform a comedy variety show at Broadway Comedy Club every Sunday at 6pm with my indie team Hey Jane! I've performed long form improv in the Del Close Marathon, and the Boston Comedy Arts Festival, and I'm also a member of the indie teams Tush and Horse Divorce.

I love coming in with a lesson plan in order to maximize our time together. I specialize in the Spokane, Harold, and JTSBrown forms, but am familiar with nearly all forms on the books. I'm really big on support, environmental movement and gifting exercises. Organic scenes, with an established base reality are my choice type of improv scenes to watch/play. My favorite person is Oprah! Thanks for your time!