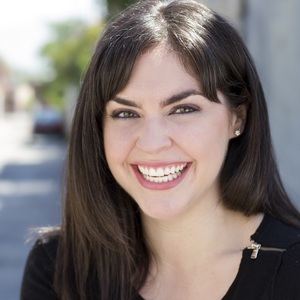 Hi guys! I'd love to coach your improv team to greatness via honest, grounded work and solid justifications that will let you get super silly without feeling lost. I've been doing improv at UCB since March of 2012 and currently play with indie darlings Scorpion Bowl, Very Nice People, and Feed the Machine. I just finished the Season Finale ASP and I LOVE pics of Republican politicians accidentally eating phallic foods.

I'd also love to direct your sketch shows! I've been on indie sketch team Scorpion Bowl since October of 2014 and was in a six month run of Anthony Apruzzese's This Show Will Get A Cease and Desist at UCB. I completed UCB's sketch program in the spring of 2016. I also have a BFA from the University of Arizona in Musical Theater.